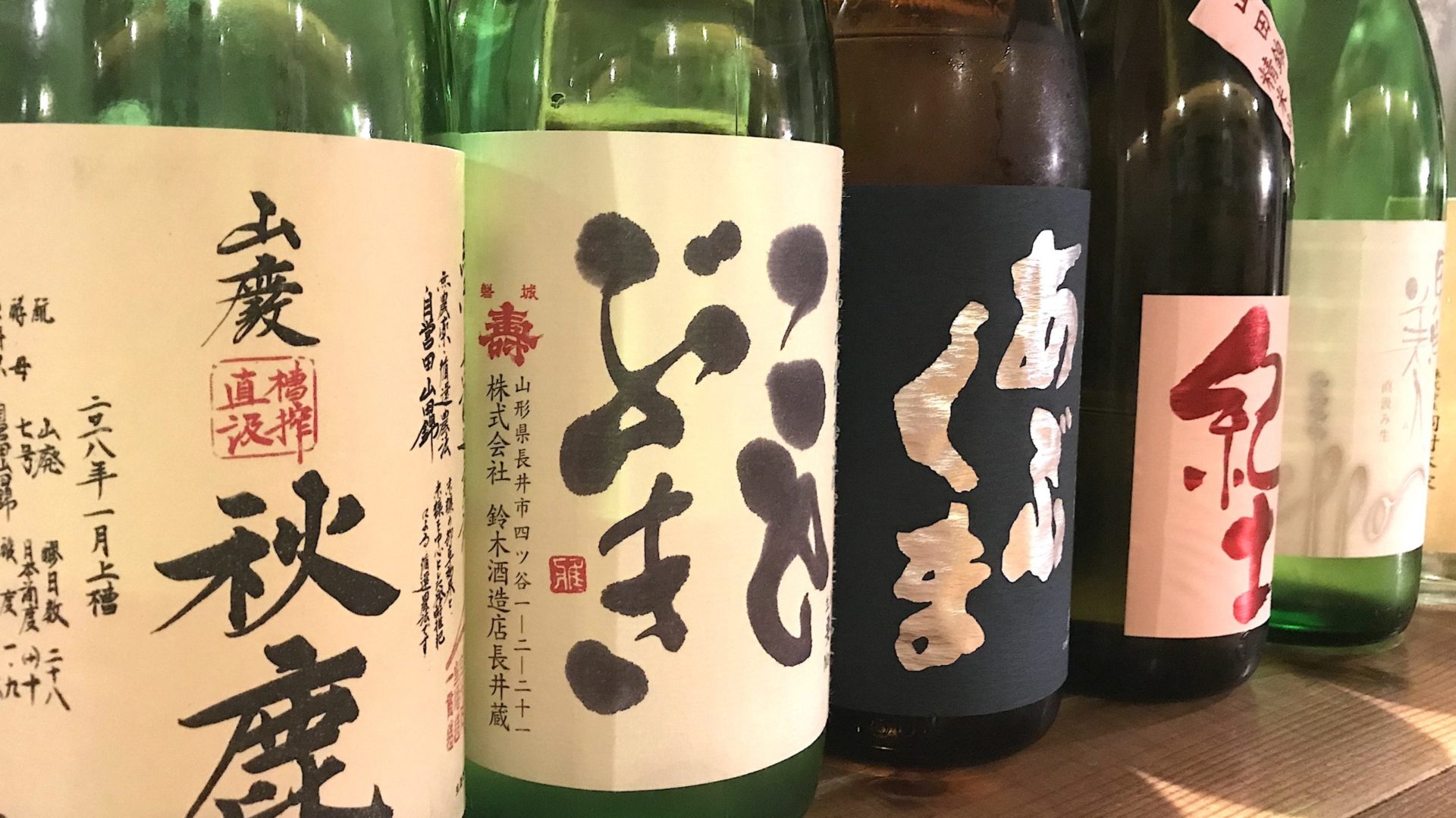 Special breeds of rice are conducive to quality sake. These strains are polished, where the outer part of rice (the endosperm) containing rich fats and proteins, is removed. Only the core part of the rice grain, mostly starch, is good for the sake brewing process. Polished rice is easily molted. Sometimes polishing exceeds 70% when preparing a good, Dai-ginjo grade sake. >> Learn more

After polishing, the bran is washed off and subsequently kept in water for some while (maceration). This is a very crucial step! The master brewer, the Touji, counts the time by the second!

After maceration, the rice is moved into a big steamer, called a koshiki, and steamed for about one hour. The steamed rice is spread out upon the straw mat, stirred by hand, and cooled down in open air.

Koji, the rice after the molding process, is made in sterile conditions at a temperature of 28 degrees Celsius. The seed malt is added once the mixture is down to 35 degrees, which kicks off Koji mold (Aspergillus oryzae) propagation. Ventilation and heating at this stage is crucial to maintain temperatures and assure the Koji does not overheat. The brewer must watch this process carefully. This step is quintessential to producing exquisite sake.

Koji, steamed rice, water and yeast mixed together make up shubo, also known as moto. This will be the base of the sake. Lactic acid is added to protect the shubo from contamination. There are 2 methods for adding lactic acid: ready-made lactic acid and allowing the native lactic acid living in the brew to grow (which takes twice as long).

Making moromi entails adding Koji, steamed rice, and water into shubo. They are usually thrown in 3 stages, making fermentation run smoother. In moromi, the Koji, rice malt, changes from starch into glucose, a simple sugar, and the yeast converts glucose into ethanol. The most unique part of Japanese sake is that two fermentations occur simultaneously in the same barrel. This takes about 20 days.

The moromi is passed through a press separating the lees (sake kasu) from the fresh sake. Sake kasu can be used as a pickling agent, the main ingredient of amazake, a cooking paste to add flavor to food and as a marinade. In recent years, the lees is also used in the beauty products such as soaps and facial packs.

The yeast and bacteria are still active when the sake is pressed. Pasteurization stops the metabolic processes of the yeast and bacteria in the sake by raising the temperature to around 60-65 degrees. This kills off the biota, ceasing alcohol production, and is filtered and again after the maturation period. There is additionally a type of sake called Namazake that is not pasteurized. Instead it is filtered to remove the yeast and bacteria that actively ferment the brew. The resulting sake is moved into another storage tank to mature until the next autumn.>> Learn more

When the sake has matured it is pasteurized again and is bottled for shipment and enjoyment!